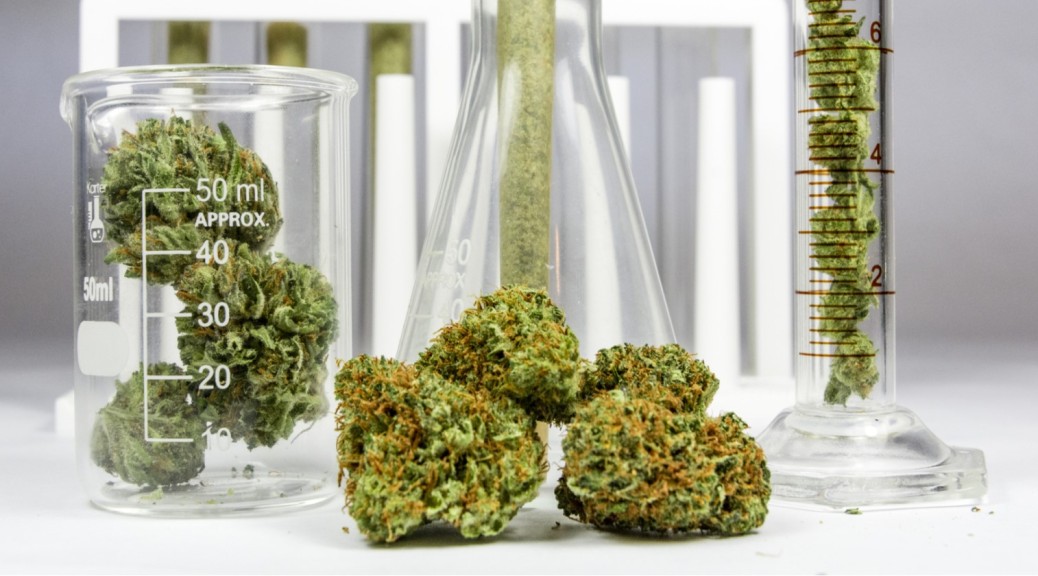 By understanding the theory behind analysis methods in the Cannabis Industry, we can talk about which are favored by cannabis labs and for what application.

High pressure liquid chromatography (HPLC), usually paired with mass spectrometry (MS), is one of the most popular testing methods used to test for the potency and composition in a Cannabis strain or byproduct.

In this process, cannabis products are mixed into a solvent solution and pass through an instrument filled with tubular tunnels. Matrices throughout these tubes separate the individual components by Polarity, Ionic Strength and Molecular Size.

HPLC is a nondestructive method using liquid solvent to detect elemental composition. Heating is not necessary for HPLC. Heating cannabinoids cause a Decarboxylation Reaction whereby cannabinoid acids lose a -COOH group and transform biological function and potentially cause inaccurate readings. Cannabinoid Detection through HPLC will be more likely to give an accurate neutral-acidic cannabinoid profile than with gas chromatography (GC).

MS is normally paired with chromatography methods as it is able to sort components by their mass-to-charge ratio and then give a readout as to the molecular composition. After the mixture is separated by how quickly it passes through the matrix, MS can detect the different components at each speed. More specifically, MS measures and separates components by their mass-to-charge ratio through processes involving ionization and being subjected to electric or magnetic fields. The results are then displayed as a spectra, which can be easily compared to known data to confirm your results. The mass spectrometer is also useful for the detection of pesticides, herbicides, and fungicides as well as residual industrial solvents.

In GC,  the sample is vaporized to the gas phase rather remaining in the liquid phase. This Method involves the use of heat and is better utilized to check for the presence of volatile terpenes or residual solvents. Flame Ionization Detection (FID) specifically generates ions through combustion of the sample material with a hydrogen flame. This generates differently charged ions based on the composition of  sample material and through quantifying these ions, various molecular compounds and their concentrations can be identified.

Using GC paired with (FID) and a headspace autosampler unit for uniform and efficient detection. It is possible to profile cannabis products and determine the Relative Potency effectively.

It is important to note FID measures only organic species, while MS can measure inorganic and organic species. While both methods generate ions, MS can do so in solid, liquid, and gas phase samples using several ionization methods.

TLC method, consists of stationary phase and mobile phase. Unlike previous methods this one does not rely on complicated instruments and utilizes basic chemical properties to provide an approximation of Cannabinoids. This method is visual, inexpensive and time consuming.  Extracted cannabinoids using solvent, apply them to the chromatography plate matrix, let the compounds separate, dye the plate, and see the resulting cannabinoid compounds. Using multiple results, develop a calibrated ruler.

PCR amplifies a Specific Region of a DNA strand (Target) commonly used fluorescent dye binds double-stranded DNA molecules by intercalating between the DNA bases. It is used in quantitative PCR because the fluorescence can be measured at the end of each amplification cycle to determine, relatively or absolutely, how much DNA has been amplified. While PCR paired with a fluorescence is not ideal for mycotoxin detection it is increasingly popular due to recent automation of the process.