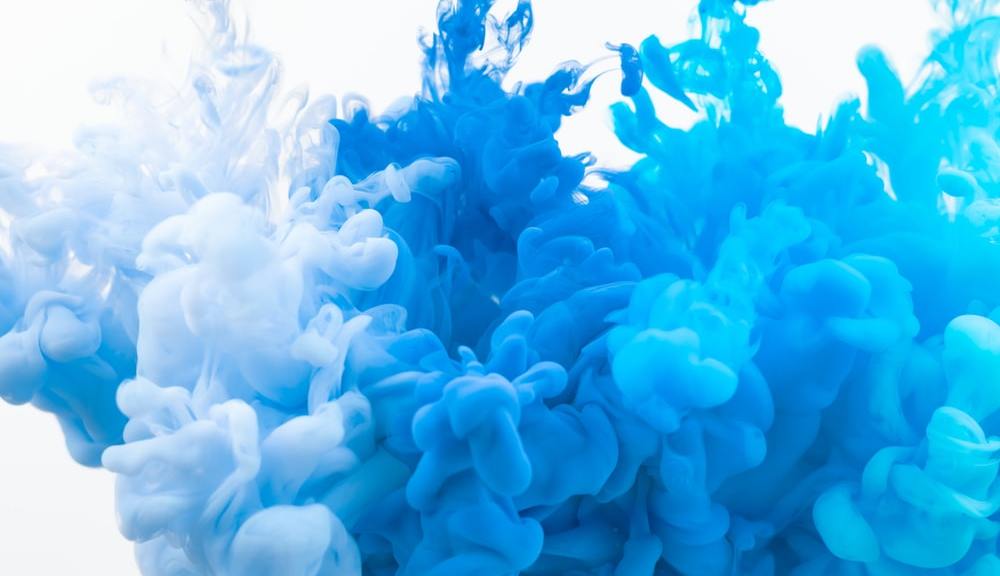 The use of cannabis for recreational purposes is prohibited in most countries. There is intent of companies to satisfy demand, but the road forward is unclear. It is time to act objectively and determine the Future of Cannabis.

This is a direct quote from the FDA

“There is a significant interest in the development of therapies and other consumer products derived from cannabis and its components, including cannabidiol (CBD). FDA recognizes the potential opportunities that cannabis or cannabis-derived compounds may offer and acknowledges the significant interest in these possibilities. However, FDA is aware that some companies are marketing products containing cannabis and cannabis-derived compounds in ways that violate the Federal Food, Drug and Cosmetic Act (FD&C Act) and that may put the health and safety of consumers at risk. The agency is committed to protecting the public health while also taking steps to improve the efficiency of regulatory pathways for the lawful marketing of appropriate cannabis and cannabis-derived products.”

There is much to be done towards Legalization so cannabis companies avoid loopholes and produce Cannabis Flowers and Associated Products.

Such attempts to penetrate the market early stems from market-share ambitions combined with consumer egress.

It is important to note that cannabis consists of many Beneficial Compounds with varying effects on biological systems.

Currently, cannabis is the only Schedule 1 drug that the DEA prohibits from being produced by private laboratories for Scientific Research. The strict regulations make it difficult to conduct studies.

While most agree that cannabis should be legalized to allow for consumer autonomy, some seek to game the system instead of allowing a free market.

New Regulation and requirements should be objectively reviewed. Unfair transport needs, loan requirements or information gathering should be discouraged.

Discrimination against consumers and producers should not affect prospects. Monopolies on this rediscovered market should be discouraged.

Historically Cannabis was regulated under The USDA as an agricultural crop able to produce Plastics, Fibers and Textile. Cannabis is a natural and useful crop.

As a society we have made great leaps in technology and lifestyle. We have proved that when changes need to be made they are. There are no objective reasons cannabis should not be legalized and deregulated.

It is unclear what is hindering international cannabis rescheduling and legalization.

It is time to end this costly game of cat and mouse. Let the cannabis market be part of future development.

Cannabis safety is often cited as the primary reason why people avoid growing their own cannabis, but that’s frequently an illusion. Cannabis manufacturing companies claim GMP and lab analysis reduce contamination, but no empirical data is shown as to the efficiency of these practices.

Food-borne illnesses are almost as likely to be caused by comercial as by homegrown recreational or medical cannabis.

When growing cannabis Safety must be considered with every step of the process, from pre-planting to ingestion.

Surveys have shown that home gardeners don’t understand that soil, compost, manure, and water are potential sources of disease-causing bacteria that can contaminate crops. Instead, growers are most concerned about chemical contamination.

Simple practices can be used to reduce pathogens and improve safety in the garden.

Some chemicals that can damage both you and your plants. For example, nitric or phosphoric acid, lower the pH of water and a skin irritant. Using protective gear can minimize the chances of injury.

Always use approved fertilizers and pesticides; read the instructions prior to use.

Constantly damp environment can cause root rot. Molds may grow and can damage the crop or grower’s health.

The best way to reduce the risk of water-related problems is to control the environment humidity, avoid overwatering and ensure runoff.

Unwanted wildlife can shed hairs and introduce the crop to unwanted pathogens. It is important to deter animals away from the crop to avoid contamination.

After the Curing Process keeping your cannabis in a cool, dark place under 60% RH.

Growing cannabis has the same safety concerns growing any other crop, additionally, the need to conceal the grow.

While indoor growing provides controlled conditions, it also has more risks when it comes to safety. Fires are a significant concern, improper wiring of the lights and fans can lead to a short circuit. Confined spaces make it difficult to handle fertilizers and pesticides. Mold buildup is more prominent. Simply legalizing homegrown cannabis makes it much safer for consumption.

Before consumption Smell the cannabis, if it’s appealing it passes the first stage. Visually check the cannabis product, do not consume any if you find evidence of mold. When smoking you should enjoy a fruity, spicy, pungent, natural flavor, if you taste any chemical-like substance do not risk contamination. Growing Cannabis at home allows the consumer to take charge of the production and ensure a steady supply.

This Monoterpene is a cyclic ether with a fresh, minty scent and a spicy yet cooling taste.

Eucalyptol’s pleasant, spicy aroma and taste, is used in a variety of Products including; flavorings, fragrances, and cosmetics. Eucalyptus oil has natural antimicrobial and antiseptic properties used in household cleaning, natural pesticides and Mouthwash.

Eucalyptol is the dominant essential oil in eucalyptus trees. It is also commonly found in tea trees, basil, mugwort, rosemary, bay leaves, cannabis and Other Sources.

Cineole, is used to increase blood circulation and relieve pain. It is fast acting, and able to cross the blood brain barrier faster than other cannabis terpenes.

This positively charged terpene is able to cross the blood-brain barrier that separates the blood circulation from the cerebrospinal fluid. Its unique structure make it a potential drug delivery vehicle.

The antibacterial potential of cineole has been shown as an effective antibacterial agent; active against microorganisms in both planktonic and biofilm modes of growth. The terpene can be used as a natural remedy for infection associated with a wide range of microorganisms.

Cineole rich oil displays antifungals properties. Acting on a wide variety of common fungi. Further research has to be done to determine whether the activity is due to cineole or other terpene in the formulation.

Cineole anti-inflammatory action has been used to treat various types of inflammation throughout the body including rhinosinusitis, pancreatitis, bowel disease, and Crohn’s disease. These diseases are characterized by inflammation of the digestive tract and ulcerative colitis. Eucalyptol has the potential to treat local and systemic inflammation.

Eucalyptol has demonstrated antioxidant properties and reduces the damage associated with cell oxidation and could potentially reduce aging by protecting against free radical damage.

Recent studies demonstrated Induced cineole apoptosis, in two different types of leukemia. The studies demonstrate that eucalyptol has helped fight the growth of a type of cancer in humans. Researchers determined that treatment with eucalyptol is an effective strategy for treating colorectal cancer. Eucalyptol was not only anti-proliferative but also anti-cholesterol. Their results suggest that these effects work in unison to fight cancer. Linalool has also been shown to display these synergistic effects with cineole.

In addition to helping a wide range of health concerns, Eucalyptol has long been used as an insect repellent. eucalyptol is used to prevent potential health problems associated with pests.

Recommend inhalation and topical under 8.00% solution by volume.

May cause skin irritation.

It is recommended that all Safety Precautions be followed.

GMOs, or genetically modified organisms are a topic of contention and controversy in modern agriculture. For cannabis, the technology, ethics, and implications of Genetic Modification can have an impact on future production. Cannabis products show remarkable growth and acceptance into the mainstream. It is important to understand the impacts that GM crops may have on both the environment and on human health.

Both traditional plant breeders and genetic engineers work with the aim of introducing desirable traits. Agriculturally, this typically means resistance to herbicides, pesticides and unsuitable conditions improving quality of crop. These are desirable traits that make harvests more robust and easier to grow.

While Traditional Breeding is done via fertilization, GMO are done using Biotechnological Techniques that physically move genes from one organism to another. GMO is not limited to naturally occurring traits within the species’ gene pool.

Traditional process allows for the unregulated exchange of genes; today’s labs are ready to more precisely manipulate strain genetics. The move towards precision and exacting control of genetic modification can allow companies to scale while producing consistent products.

The organism which receives a gene and the biological lab process of these modifications can be described as transgenic. Numurus transgenic techniques that have been developed over the years as modern biotechnology and scientific understanding of gene expression and gene mechanics.

It is important to know that some argue that the risks far outweigh the benefits in this equation.

Genetic engineering has advantages. The technique allows for traits to be introduced into a gene pool without complications and with complete technical control in sterile laboratory conditions. There are scientific capabilities to incorporate genes across unrelated species since all life share the same genetic building blocks and can be manipulated similarly at that subcellular level.

Are there Genetic Modifications for Cannabis?

Altered organisms can present significant changes in its metabolism, growth rate, and response to environmental factors. Not only can genetic alteration affect the genetically modified organism itself, but also has far-reaching implications upon the habitat, from ingestion to surroundings . The risks associated with genetic manipulations are generally categorized in two main branches: human health and environment.

How do Genetic modifications affect Humans?

There are specific systems in place for evaluation of GM organisms and their effects. The tests focus on assessing toxicity, allergenicity and stability of the inserted gene, additionally, the nutritional effects of the gene modification upon the crop is evaluated. While not directly toxic to human health, the immediate and long-term consequences are of concern. Public exposure to new allergens found in the GM crop via potential transfer of antibiotic-resistance during digestion, inhalation or absorption should be considered amongst associated potential risks to human health.

What are the Effects on the Environment?

Releasing genetically modified organisms can directly affect Wild Populations by mixing with the wild types through a process known as outcrossing. Such outcrossing can affect the surrounding environment and species can potentially threaten the viability of the wild cohort and influence other natural populations within the ecosystem.

superweeds and superbugs are evolved in response to the increase in herbicide-resistant crops. They are much more difficult to manage, and usually result in increased chemical pesticide.

At present, the number of genetically modified organisms under development and in production is steadily rising. This is a result of the scientific community’s improved understanding of Gene Expression Systems and manipulations; including improved laboratory techniques, tools for sequencing whole genomes and processes for cloning or transferring genes.

There is no doubt that this list of successful scientific and technical progress is crucial to improving global health, science, medicine, and research overall, but as such technologies and techniques continue to become more sophisticated and more varied, the associated applications and effects must be considered.

Should Genetic Modification be used?

Once GMOs are released into the environment, their effects cannot be recalled. While we weigh the potential benefits of decreased agricultural prices and increased nutritional gains, it is paramount to compare these to the potential risks involved and determine which route the industry should pursue. Fellow cannabis cultivators, scientists and advocates, what is your determination?